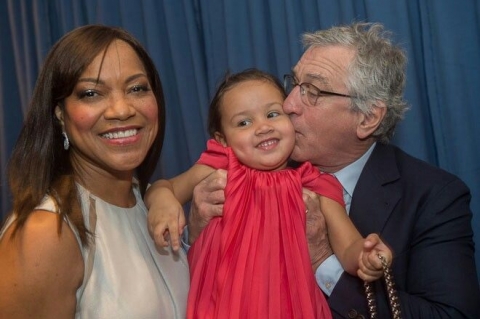 Robert Deniro was one of the first stars of show business who appealed for assistance of surrogacy service. In 1995, thanks to a surrogate mother, he had two twin boys, Julian Henry and Aaron Kendrick. At that time, Robert Deniro was in an unformed legal relationship with the former model of African American descent Tukey Smith. The couple broke up even before the boys were born, but this did not stop them from surrounding the children with love and care. Not to be missed that Deniro already had two children from his first marriage with actress and singer Dianne Abbott, also an African-American woman known for her roles in her husband's films. The actor adopted Dianne's daughter from his first matrimony . Drena Deniro, the name of the girl who starred in several films with her adoptive father. During the wedlock between Robert De Niro and Dianne Abbott, a son, Raphael, was also born. In 1988, the couple broke up. In 1997, the actor married a second time with the former African American flight attendant Grace Hightower, with whom in 1998 their son Elliot De Niro was born. After 12 years, the spouses had a burning desire to have another baby, but his wife Grace at that time was already 56 years old, which was quite risky for childbirth. Then the couple decides to appeal for the help of a surrogate mother and in 2011 they have their daughter borned, Helen Grace De Niro. So for the second time using surrogacy, Robert De Niro again becomes a father in his 68 years. According to the actor, all children born by surrogate mothers are biologically related to him, and that in both cases of using the method of surrogate motherhood, the decision was based on the impossibility of self-conceiving.