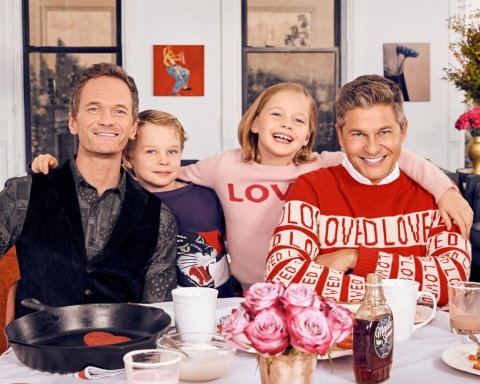 In 2010 a surrogate mother gave birth to twins, a boy and a girl, for Neil Patrick Harris and David Burtka

Surrogacy was the only way for a homosexual couple to experience the joy of fatherhood and live a full-fledged family. The star couple had absolutely everything: a favorite job, recognition of colleagues and the public, but their happiness would not be complete if two little creatures, their son Gideon Scott and daughter Harper Grace Gideon, born by a surrogate mother, did not appear in their lives.

A talented actor, comedian, producer, writer, singer and also a magician, known to us from the TV series "How I Met Your Mother" for his role in which he was nominated for four Emmy Awards, Neil Patrick Harris, and his husband, actor and chef David Burtka, have always dreamed of becoming a parent. A surrogate mother helped them fulfill their dream. The couple have been together since 2004, but officially their relationship became known two years later, when in 2006 Neil Patrick Harris openly declared that he was gay. In 2011, when New York's Marriage Equality Act was passed and same-sex marriage became legal in the state where they live, they announced their engagement and held a wedding ceremony in Italy in 2014.