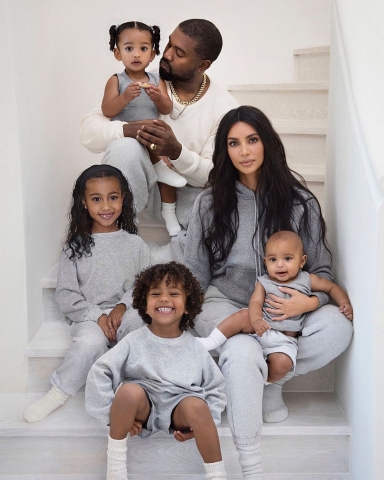 It is very important when famous people give us the most of their support and share their experiences with us, revealing that their children were born by surrogacy. Just like Kim Kardashian and Kanye West did. The most famous family in America shows us by their example that surrogacy is an absolutely real way to have their own genetic baby for those people who have certain risks in case of bearing a child by themselves. Kim Kardashian never hid the details and problems associated with her first two pregnancies. Her first daughter North West, whom Kim Kardashian gave birth to in 2013, was born prematurely and the birth itself was very difficult, Kim suffered from pre-eclampsia, which meant a great threat to her baby and herself. As Kim Kardashian said, immediately after giving birth, the placenta did not come out, and the doctor was forced to do it manually and according to her, this procedure was disgusting and very painful. In addition to this, Kim Kardashian underwent surgery to remove the scar, in order to be able to get pregnant again without any impediment. Kim grew up in a large family and the desire to have many children is absolutely natural for her. What could be more beautiful than a big prosperous family? And despite the risks and health problems (at the time Kim Kardashian was struggling with gestational diabetes) she took a decision to give a birth to her son Saint West in 2015. During pregnancy, the star complained of swelling of the whole body and immense discomfort. As Kim Kardashian herself reported, her body grew more and more until she felt that she was not in her own skin.

Kim Kardashian's husband Kanye West fully shares her desire for a house full of children. In 2018, when the rapper met with Ugandan President Yoweri Kaguta Museveni, he said that he would like to have at least seven kids. So far, due to the quarantine, the implementation plan of the family has been suspended, but we hope they can make their dream come true and we will follow the news about new additions to their family.