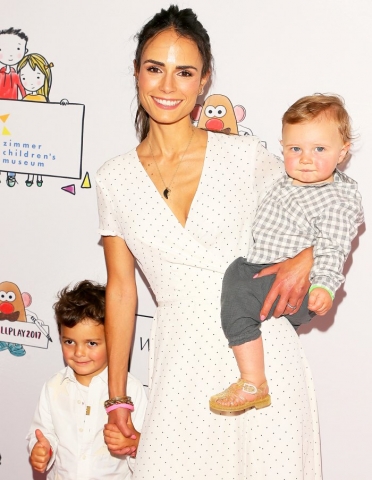 Jordana Brewste is an American actress and model, best known for her role as Mia Toretto in «The Fast and the Furious», as well as her roles in «The Faculty», «The Texas Chainsaw Massacre: The Beginning and the TV series «Dallas», where the actress played Elena Ramos and her husband Andrew Form, the producer of «The Texas Chainsaw Massacre: The Beginning», always dreamed of having many children, or at least three, as the actress herself said.

The couple dated before the wedding for 2 years and got married in 2007. For six long years they were waiting for the appearance of their first child. The couple desperately tried to have children, but eventually came to the conclusion that surrogacy could be the only way for them. As Jordana commented: for her, as a self-sufficient person, it was very difficult to make a decision and rely on someone in this matter, as after, it meant trusting a person you unknow. They took this step, and in 2013 a surrogate mother gave birth to their first son, whom the spouses named Julian Brewster Form. A little less than three years later, in 2016, thanks to a surrogate mother, their second son, Rowan Brewster Form, was born. The actress admitted that she loves to be busy, and despite all the troubles associated with caring for two babies, she feels happy and has absolutely no time to be bored.