Annie Leibovitz gives birth to adorable twins thanks to surrogacy 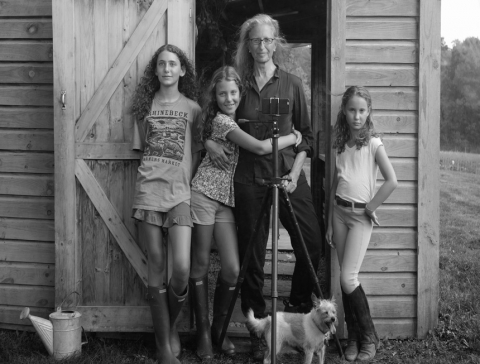 Annie Leibovitz is an extremely talented and most sought-after photographer of our time, who has created world-famous shots such as the nude John Lennon kissing Yoko Ono, taken for Rolling Stone magazine in 1980, just hours before Lennon's murder, Demi Moore with a painted body, Whoopi Goldberg in a bath with milk and many others, working with popular publications themselves and photographing famous people and even Queen Elizabeth II herself and her family, Annie Leibovitz has a completely non-standard outlook on things and sometimes her photographs become more famous than the stars themselves captured on them.

The photographer first became a mom when she turned 52, getting pregnant by writer David Riff. The daughter was named Sarah Cameron Leibovitz. The love of her life was the writer and feminist Susan Sontag, with whom Annie Leibovitz had been in a relationship for 15 years from 1989 until they were separated by the death of Sontag, who at that time was 68 years old. They decided to have more children, but with the help of a surrogate mother, but the twins were born after Sontag's death. Annie Leibovitz named the girls Susan and Samuelle. The photographer commented that she did not regret becoming a mother so late, stating that everything happened exactly when it should have been. Annie Leibovitz now calls herself the happiest woman in the world when it comes to her three daughters.